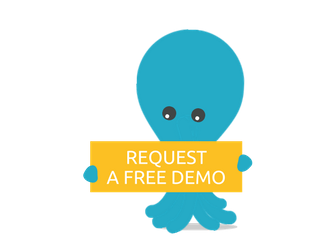 Lyyti Blog > Event Hashtags: the Good, the Bad & the Ugly

Event Hashtags: the Good, the Bad & the Ugly

Hashtags are a great way to engage people at an event. Using social media gives an event a nice interactive boost and last years hashtag discussions are a good base for the marketing efforts of upcoming events.

But sometimes hashtags go wrong. Really wrong. Next we will take a look at examples of the good, the bad and the ugly uses of hashtags.

In the launch of a new Star Bottle, Heineken used the hashtag #ArriveBig. The new hashtag was apart of their launch party as well as their ad campaign. The "brandless" hashtag worked highly successfully and consumers worldwide used the hashtag actively.

The Heineken launch party hashtag proved that you don't always have to use a traditional hashtag for your event, but instead create something completely different from your brand that intrigues consumers. Short and snappy doesn't hurt, either.

Most of us know Susan Boyle as the singing sensation from the tv-show Britains Got Talent. The launch of her album was of course a big event that many fans eagerly waited for. For such a big event there was also a hashtag #SusanAlbumParty. Unfortunately the event organisers that chose the hashtag didn't see that the hashtag could also be read in another extremely embarrassing way: #SusAnalBumParty.

Though the hashtag was hilarious for the Twitter audience, it was highly embarrassing for the singer, record label and the event organiser. Remember to check that you hashtag can't be missinterpreted or that it is not used in another context.

More and more activists are taking their protests online and even events are being targeted nowadays.

The PR Manager of NASA got to feel the wrath of PETA members and activists at the TWTRCON event. NASA uses monkeys in space experiments which has upset the people of PETA.

When NASA attended the TWTRCON event PETA asked their members to "hijack" the hashtag #TWTRCON which was used for the event. During the speech of NASA PR Manager, the Twitter feed projected on the event wall started flooding with messages from PETA members about how NASA brutally uses animal testing.

For your own event take into consideration the nature of your event. Is the event about a sensitive subject? Is it something that might upset people? Or do you have a controversial speaker? Then maybe re-consider using a hashtag for your event. Social media is usually good exposure, but sometimes it can also turn against you.